Performance Nutritionist Nigel Mitchell discusses the use of caffeine in sport, covering the benefits, recommended dosage and any precautions to take.

This article aims to provide a digestible overview of the use of caffeine, in order to better inform and empower the user. It will cover some of the basic science, provide the information athletes need to know in order to get the best out of caffeine, while at the same time helping them avoid negative side effects.

Caffeine (1,3,7-Trimethylxanthine) is the most commonly used stimulant/psychoactive drug in the world. Using caffeine in sport and exercise is part of most athletes' daily routine. Personally, I start the day with a cup of tea followed by a couple of espresso coffees, then go out for a bike ride. If it's a particularly hard ride or I am struggling on my way home, I would also take an energy gel with caffeine.

The history of coffee

I believe it's worth understanding the origins of caffeine. The words caffeine and coffee are both derived from the Arabic word 'qahweh'. The beginning of coffee is an Ethiopian legend. Its heritage dates back centuries to the ancient coffee forests on the Ethiopian plateau. Here the legend begins with a goat herder called Kaldi discovering the potential of the beans. He noticed that after eating the berries from a certain tree, his goats became so energetic that they did not want to sleep at night.

Kaldi went on to report this to the abbot of the local monastery, who made a drink with the berries and found that it kept him alert through the long hours of evening prayer. The abbot shared his discovery with the other monks at the monastery, and knowledge of the energising berries began to spread. This led to coffee migrating across the world.

"Caffeine is probably the most-researched supplement for exercise, with over 1,900 academic papers covering pretty much every type of activity."

In every sport I have been involved in, caffeine has been used to help performance, whether this is consciously or subconsciously. Conscious use would be when an athlete will tactically consume caffeine at specific times; this may be from foods such as coffee or supplements in the form of pills, chewing gum, and combined caffeine and carbohydrate energy gels. Subconscious use would be someone like me having a couple of espressos before going for a bike ride.

If we look at research about caffeine and exercise, we can see it is probably the most researched supplement of all; a quick search resulted in over 1,900 academic papers, covering pretty much every type of activity.

Effect on body and mind

Caffeine can have many benefits at different levels in the body. It acts as a stimulant, increasing alertness and state of arousal: priming the mind for performance. It also acts at the muscle level, helping the muscle to contract, and can increase fat oxidation.

In long cycle races such as Paris–Roubaix, when the riders are becoming both physically and mentally fatigued, I have known them to take two caffeinated energy gels at the same time. They have explained to me after that this really helped them get through the race.

The research suggests that caffeine can indeed improve performance. The Position Stand: Caffeine and Exercise Performance1 provides a comprehensive overview of the potential performance benefits of caffeine.

This is backed up by feedback from athletes I have worked with. Athletes will often partake in interval training, and I find that using some caffeine towards the end of the session, either in the form of a pill or energy gel between the efforts, can really help to maintain the quality of those efforts. I find the carbohydrate/caffeine gel particularly useful. 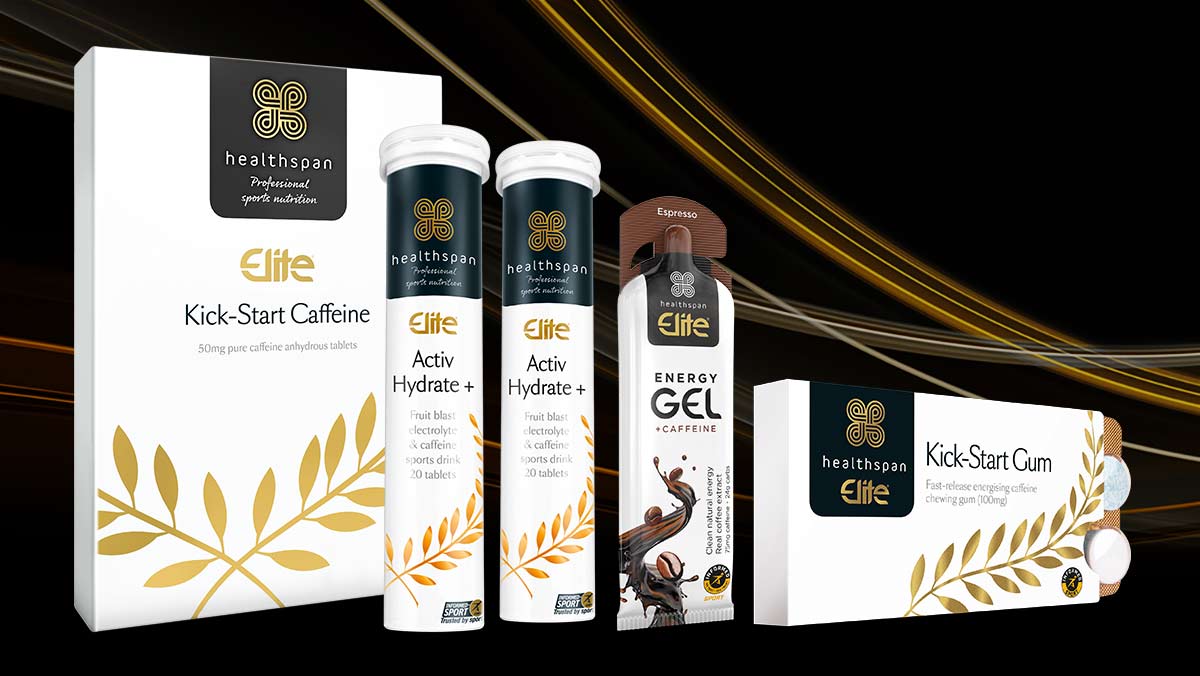 From tablets to effervescent drinks to energy gels and gum, the Elite caffeine range has plenty of convenient ways to get your caffeine dose.

Should I use caffeine in sport?

In my experience, although caffeine is used in every physical sport by some athletes, there is great inter-athlete variation. Some athletes use caffeine in every race, while some avoid it at all costs.

It is important that athletes experiment in order to decide what works best for them. This experimentation should always be tried in training, as in competition the stimulation effect can sometimes be amplified because the athlete may already have a raised state of arousal.

One of the perennial questions is how much caffeine athletes should take. I have found this to be highly individual, but the research would suggest a dose between 0.3mg and 0.9mg per kg of body weight. Spriet et.al. (2014)2 provides a comprehensive overview of the use of lower doses of caffeine, and Guest et.al. (2021)1 discusses the use of higher doses.

When I am working with athletes, I prefer the lower dose strategy. This is for a few reasons, including the fact that athletes, in particular cyclists, will routinely have several coffees as part of their normal routine, and as already mentioned, on race day athletes are often already mentally aroused.

During the race, I prefer a lower dose of 40-100mg as a top-up, as I have seen athletes take much higher doses and have issues such as gastrointestinal problems. Again, the message is to see what works best for you in practice.

"Caffeine sensitivity can be affected by habitual use. Some athletes find that if they abstain for five days before an event, the caffeine can have enhanced effects at competition."

In relation to caffeine sensitivity and taking too much, the individual response to caffeine has already been mentioned, but we have to consider both accidental and intentional over-consumption. In the sporting context, this can happen very easily, especially when using supplements such as tablets.

I have heard of cyclists taking 200mg from pre-race coffee, then 300mg from tablets, and during the race taking another 400mg from caffeinated drinks, gels and tablets. This kind of over-consumption is all too easily done, which is why I always advise a plan that should be carefully adhered to.

Taking very high doses of caffeine can lead to irritability, gastric upset, and insomnia. Caffeine is well reported to have a diuretic (increased passing of urine) effect. However, in my experience it rarely leads to dehydration, because of the additional fluids that are co-ingested.

On a very serious note, people have died due to caffeine toxicity; such dangerous doses are believed to be about 10g (a large teaspoon of pure caffeine, equivalent to approximately 200 cups of coffee).

When to take caffeine

From an exercise perspective, the best time to take caffeine is about 10-30 minutes before the effects are required. However, it is important that people know how sensitive they are to caffeine. Consuming caffeine in the afternoon can seriously affect sleep in some people. Sensitivity to caffeine can also be affected by habitual caffeine use; some athletes find that if they abstain for 5 days before an event, the caffeine will have enhanced effects at competition.

Bear in mind that those who are habitual caffeine users may have withdrawal symptoms such as headaches and feelings of low mood if they suddenly stop. 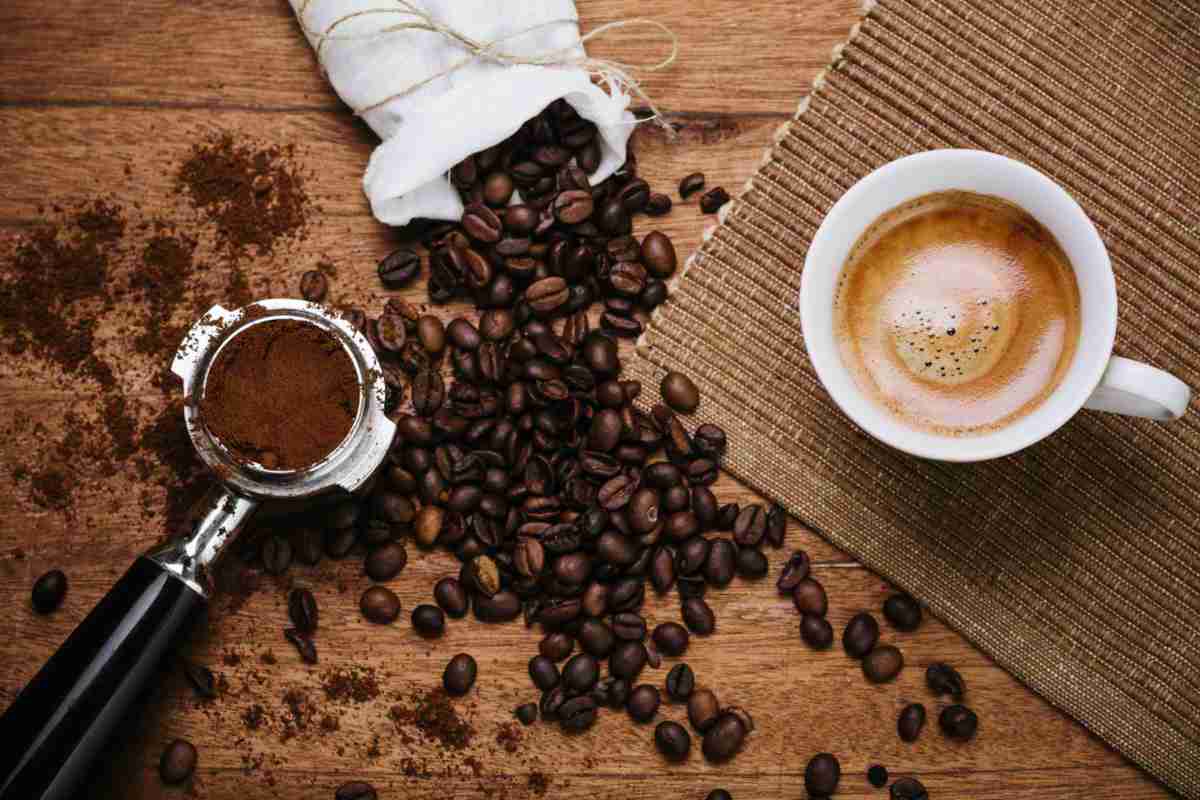 Coffee or supplements? Supplements can help an athlete make sure their dose is accurate.

One of the great things about caffeine is that there are different modes of consumption, and I am often asked which is best. The main modes of delivery include drinks (coffee and caffeinated drinks), gum, tablets, and combination carbohydrate and caffeine gels.

I have worked with athletes that have used all these different methods, often together. People often ask: "Coffee or supplements?" Again, the best choice differs by person, but if an athlete is attempting to be precise with their intake, using a supplement will help them take an accurate dose.

For competing athletes, when considering a supplement it is important to pay attention to quality assurance; i.e. has the supplement gone through a testing process, such as the Informed Sport programme, to make sure it is free from banned substances.

I hope that this article has provided more information and understanding of the use of caffeine in sport and exercise. You may want to win a race, or you may be more like me with ambitions of just trying to gain a new PB or best Strava time. Whatever your ambitions, intelligent caffeine use can help you achieve them.