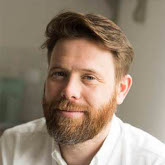 CBD is everywhere at the moment, but certain people, such as elite athletes, can't take it due to the trace amounts of THC it still contains. For those people, there's PEA - a relatively new supplement with potential analgesic, anti-inflammatory and neuroprotective benefits, Nick Morgan explains.

PEA stands for Palmitoylethanolamide, which is naturally produced by the body as a repair mechanism in periods of increased stress, pain and inflammation. It is a simple fatty acid compound that is categorised as part of the extended endocannabinoid family.

Where is it found?

It was originally discovered in 1957 in egg yolks as the compound that gave eggs their anti-inflammatory properties and was later found in soy lecithin and peanuts. PEA is also known to be naturally occurring in mammal tissues, such as the heart, brain and muscles.1

How does it work?

PEA operates through multiple pathways and mechanisms within the body to provide its beneficial analgesic and anti-inflammatory effects. It has the ability to work both directly and indirectly within the central and peripheral nervous system.

PEA reduces inflammation locally by halting the activity of pro-inflammatory genes and the production of many inflammatory substances via PPAR-a receptors.2

PEA enhances the levels and actions of other compounds that are anti-inflammatory and provide pain relief. This mechanism is known as the 'entourage effect'.

PEA has a naturally low affinity for CB1 and CB2 receptors and only activates transient receptor potential vanilloid type-1 (TRPV1) channels when at very high concentrations in the body. TRPV1 channels are found on the outside of nerve cells and play a part in pain and temperature regulation.2, 3

To exert its beneficial effects, instead PEA can enhance the levels and actions of another endocannabinoid, anandamide, which is often dubbed the 'bliss' molecule or the body's own natural THC (the compound in cannabis that has psychoactive effects and produces a 'high').

This is done by inhibiting the enzyme that degrades this molecule - Fatty Acid Amide Hydrolaze (FAAH). Anandamide is able to act upon both CB receptors and TRPV1 channels helping to combat pain and increase relaxation.2

How is it different from CBD?

The main difference is where it is sourced from. CBD, a plant cannabinoid, is sourced from hemp plants that are bred to only contain trace amounts of THC.

CBD also exerts its beneficial effects by increasing the action of anandamide, as well as enhancing the effects of other brain chemicals including serotonin, our feel-good hormone.

Due to PEA being made naturally in the body levels can fluctuate, with production declining in correlation with age. What's more, internal production of it is often reduced in periods of stress or injury.

PEA resembles CBD in that both substances have anti-inflammatory and neuro-protective properties. However, CBD is not produced by the human body, unlike PEA, which is endogenously produced as a direct response and repair mechanism to inflammation and pain.

Who is PEA for?

PEA is a brilliant supplement option for professional athletes or for those who wish to completely avoid THC altogether.

Although THC levels in CBD supplements are highly regulated and will only be found in very small concentrations, as both compounds occur naturally in the hemp plant it is isn't possible to remove THC completely. This provides issues for professional athletes who are regularly drug tested.

PEA provides many of the same benefits as CBD and removes the concern around supplements containing trace levels of THC.

Due to its fatty nature, PEA does not dissolve well in water, reducing both the absorption and bioavailability in the digestive system. A novel dispersion technology has been developed to help overcome this issue.

One study showed an approximate 1.8 increase in PEA blood levels when comparing 300mg of PEA with the dispersion technology to 300mg of standard PEA formulation.4 This increase in absorption and bioavailability leads to a higher active concentration of PEA and suggests that lower dosages will have the same efficacy when compared to standard PEA. 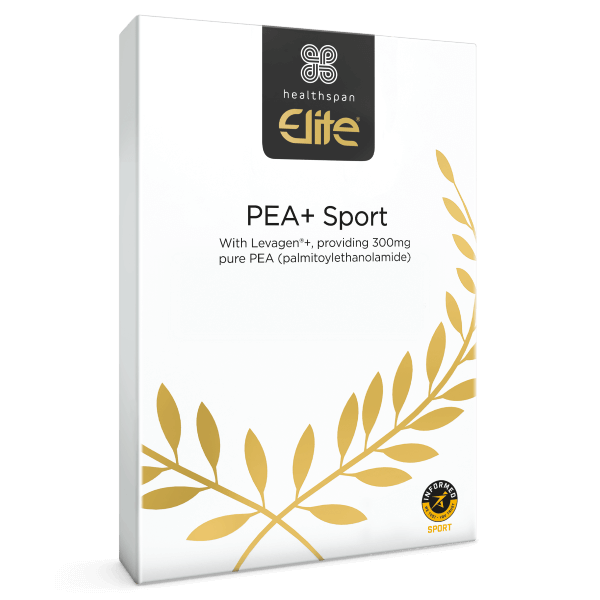 Safe and legal alternative to CBD for competing and professional athletes

What can PEA help with?

Through the mechanisms described above, PEA has been shown to reduce chronic and neuropathic pain and decrease inflammation across a number of different conditions. Data pooled from 10 studies showed that PEA was associated with significantly greater pain reduction compared to control conditions.5, 6

While currently there is limited data around the efficacy of PEA in exercise performance and recovery, the preliminary findings of a recent trial are showing promising results.

After supplementing with PEA, subjects had lower lactate levels than the control group, signifying increased aerobic energy metabolism and decreased anaerobic energy metabolism, allowing for a higher level of intensity for a longer period of time. What's more, participants had lower levels of myoglobin post-exercise – a protein found in muscle tissue that carries and stores oxygen.

PEA may help to lower the chance of catching a cold and reduce the severity of symptoms including fever, headaches and sore throat.9

Endocannabinoids help to regulate mood, emotion, pleasure perception and much more. PEA may play a potential role as an antidepressant and help to reduce anxiety and stress through its ability to enhance the levels and actions of anandamide - the 'bliss' molecule.10, 11 Further, those with higher levels of PEA in their blood showed better tolerance of stress.12

Nick Morgan MSc has been an exercise physiologist and consultant for the sports nutrition industry for more than ten years. Nick is Managing Director of Sports Integrated, a nutrition consultancy.