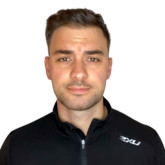 Common nutrition tips are sometimes just myths in disguise. Performance nutritionist Dan Martin sheds some light on whether they're fact or fiction.

1. Too much protein will damage my kidneys - FALSE

Unless you are already predisposed to renal complications, there is no reason you should avoid more protein. Traditional recommendations for protein intake have been low (0.8g per kg of your bodyweight) however a more recent approach, especially in athletic populations is an increased protein intake (2g.kg.bw) for maintaining composition with no damage to the kidneys.

A recent study on 11 males designed to investigate this phenomenon showed consuming a diet with very high intake (more than 3g.kg.bw) vs their regular protein intake showed no effect on clinical markers of blood lipids and kidney function.1 Similarly, a larger scale study of 42 participants conducted on both genders reported intakes of 3.4g.kg.bw with no deleterious effects.2 Go ahead - tuck in!

2. A high carbohydrate diet will get the most out of my endurance training - FALSE

Technically speaking, if you are well-fuelled and use products such as energy gels during your training you will be likely to go for longer than if you restrict carbohydrate intake. However, this isn't necessarily the most effective or efficient way to increase endurance.

Multiple studies have indicated that training in a low-carbohydrate state results in increased cell signalling for adaptations to occur such as an increase in mitochondria (the power stations in our muscles).3, 4 The key is to refuel after your session with both carbohydrates and protein.

Not all fats are the same. Saturated fats are associated with weight gain and an increased risk of heart disease, and should remain minimal in our diets, whereas unsaturated fats are actually beneficial to health. Fats in foods such as avocados, nuts and oily fish are key to optimal neural function and absorption of nutrients from foods.

Supplementation of omega 3 is an easy strategy to ensure a consistent intake of good fats alongside your existing diet.

4. Sunlight is the best source of vitamin D - TRUE

Although we can obtain vitamin D from foods such as fish, eggs and fortified cereals the best source of vitamin D is sunlight. Due to a combination of our often cloudy and chilly climate leading us to wear long-sleeves and spend more time indoors, many people in the UK are not getting enough vitamin D.

5. Avoid caffeine at all costs - FALSE

Caffeine can help boost performance and reduce the perception of fatigue during training - especially if training with low carbohydrate levels. Sugar-laden fizzy caffeine drinks should be avoided in favour of an espresso shot or calorie-free alternative such as caffeine pills or gum when in need of a caffeine boost before a workout. Aim for 2-3mg.kg.bw of caffeine.

6. All supplements are safe - FALSE

It is estimated that up to one in four off-the-shelf supplements inadvertently contain a banned substance,5 often becoming contaminated during the manufacturing process. These contaminations may not only be substances banned from sport, but could also be hazardous to general health and wellbeing.

To help protect the health and integrity of athletes, the Informed Sport program was launched where supplements are independently 'batch tested' for harmful and banned substances prior to sale. Healthspan Elite prides itself on batch testing 100% of its products before allowing its customers and athletes to use them.

A traditional carb-load used to consist of a glycogen depletion session as much as a week before competition followed by a week of high carbohydrate intake - many still use this approach but over a shortened three-day protocol.

Using muscle biopsies to measure muscle glycogen, more informed studies show that muscle glycogen can be maximised by just one day of high carbohydrate feeding (10g.kg.bw)6 and no need for a potentially damaging depletion session. A further two (or more) days of feeding makes no difference to stored glycogen levels.

8. Weight loss leads to loss in my strength gains - FALSE

If done properly, it is possible to eat more while losing significant weight, and maintaining (and even improving) strength by focussing on losing fat mass and preventing lean tissue from deteriorating.

Studies conducted on athletes have shown weight-loss up to 7.7kg (17lbs) while maintaining and improving upper and lower body strength. How? A structured meal plan of six protein-containing meals spread evenly through the day with total calorie intake equal to your RMR.7, 8

9. I should avoid liquid and shake based diets for weight loss - TRUE

Adopting a liquid or shake based diet can be a real miserable way of losing weight. Liquid based diets fail to satisfy our appetite due to our hunger hormone 'ghrelin' remaining elevated leading to the feeling of hunger returning much sooner than a food based feed.9

Relying on liquid-based diets often means a deficiency in the proteins and micronutrients that we can only get from food. This means any weight loss may be from muscle, not fat loss, and a lack of vitamins may open us up to illnesses.

10. Regular detoxes and cleanses are good for optimal health - FALSE

Our bodies have two outstanding detoxifying organs in our liver and kidneys, not to mention the work of our respiratory tract which prevent airborne toxins entering our body. A detox diet usually consists of a liquid, fruit and veg based intake, meaning a deficiency in macronutrient intake.

A day's worth of low-fat intake can lead to an inability to focus or concentrate, low protein will lead to muscle wasting and low carbohydrate can lead to feelings of lethargy and low mood.

Several studies have set out to investigate the claims that green tea holds the power to burn fat. A systematic review and meta-analysis of 1,243 participants concluded that, although there is some evidence of increases in fat loss during the trials, the clinical significance of the fat lost is "modest at best".10 It's also worth pointing out that during some studies increases in exercise and healthy eating were also practiced.

Despite this, green tea is an excellent low-calorie, low-caffeine alternative to tea and coffee so drink it up. If it does have fat-burning properties, then that's just an added bonus.

12. Frozen fruit and veg are just as good as fresh - TRUE

In some cases, the frozen stuff may well be better. As fresh produce ripens its sugar content increases whilst its nutrient density decreases meaning not all fruit and veg have equal nutrient content. Produce that is quickly frozen retains the nutrient content whilst stopping the ripening process.

Frozen fruit and veg can be easier to work with and more versatile than fresh - throw them in your cooking, create smoothies or push the boat out and make some sorbets.

Prior to undertaking his PhD, Dan Martin was a lecturer in sport and exercise science and has worked as a performance nutritionist in professional rugby and horseracing. He is currently a post doctoral researcher at LJMU.