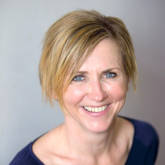 Weekly running groups have made running a 5k race accessible to all. Personal trainer Fiona Bugler explains how best to prepare.

The average 5k finish time is between 30-40 minutes, but many people will record a shorter time if they are particularly active with training.1 Your base fitness will determine how long it will take to get ready, but most of us can be race fit in six to nine weeks.

5k speed sessions for all levels: one to two a week

Threshold run: once a week

Once a week you can practice running comfortably hard, at 'tempo' or 'threshold' pace, which builds up to race pace. For 5k-specific tempo training, start week one running 3 miles at 45 seconds slower than 5k pace, then try to reduce it down by 10 seconds a week (warm up and cool down either side.)

Long run: once a week

A weekly long run (or for beginners, walk/run) of 60 minutes-plus will boost your VO2 Max, which means you can provide your working muscles with the oxygen it needs to perform well. You will also build a base of aerobic fitness, which will provide a better platform from which you can perform your faster training and racing.

Do I need special training kit?

Normal running kit will do, but don't make the mistake of over-dressing. For really fast runners, a 5k race is a good opportunity to try out racing flat shoes. You won’t get cushioning, but with featherweight shoes, you will run faster.

For optimum performance, a general healthy diet with good carbs and lean protein, not too much fibre and plenty of hydration will make a difference on race day.

On the day itself, eat easy-to-digest complex carbs for breakfast. "The go-to pre-race food is porridge, but you can also try something lighter such as oat-based smoothie, or fruit salad," suggests sports nutritionist Rob Hobson. "Allow time for the food to be digested, ideally around two hours. And don't worry if you can't face eating, you'll still be able to run," he adds.

Before doing any exercise, it's important to hydrate. For a 5k run, plenty of water before and after should be enough. Being hydrated will help you perform at your best. A small-scale study on male runners, back in 1985, found that being dehydrated led to them running 80 seconds slower over 5k.2

"Ergogenic [performance-enhancing] aids3 that will help include caffeine," says Hobson. "A shot of caffeine has been shown to enhance performance and endurance," he adds. A 2008 study found that 60 per cent of athletes questioned said that they use caffeine to boost their performance.4

A good way to get what you need quickly is Healthspan's Elite Kick-start Gum, which also has added B-vitamins: an important nutrient for athletes as they are used during the production and repair of cells, including red blood cells.

One study found that runners who consumed a beetroot juice shot before racing cut 1.5 percent off their 5k race times.5 Beetroot juice is packed with nitrates, and your body converts these nitrates to nitric oxide. Nitric oxide affects blood vessels in a way that increases blood flow capacity, leading to more oxygen being transported to your muscles, and through a complex process works with the muscles to make them more efficient.

Fiona Bugler is the editorial director at i-wellbeing, a print and online magazine and podcast exploring wellbeing at work and beyond. She’s also the founder of endurance women, a community for women who like to push boundaries, a former running coach and personal trainer. She has completed an Ironman and 20+ marathons with a PB of 3.09. She’s an active member of her local running Club Arena AC in Brighton.