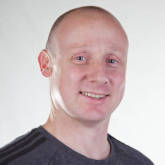 Professor Graeme Close, leading researcher and sports nutritionist, explains why vitamin D is essential to the health and performance of athletes, and what levels of vitamin D they need.

Vitamin D is often termed the 'sunshine vitamin,' since the vast majority of its synthesis takes place in the skin via sunlight exposure (or more specifically ultraviolet B radiation exposure).

Given that many countries, especially those at northern latitudes, have limited annual sunlight exposure, there is a growing realisation that many people, including athletes, are vitamin D deficient,1 resulting in multiple physiological consequences.2 This article will take a brief look at the consequences of vitamin D deficiency and outline some strategies for athletes to combat it.

Vitamin D status is typically described using serum 25[OH]D concentrations in the following categories: severely deficient (<12.5 nanomoles per litre, or nmol/L; deficient (12.5 - <30 nmol/L); insufficient (30-50 nmol/L); or sufficient (>50 nmol/L). There's also emerging evidence suggesting that >75nmol/L may be beneficial for athletic performance and recovery.2 Although these specific classifications are often debated, what is clear is that many athletes present with insufficient and even severely deficient vitamin D status in the winter months.3, 4

This is crucial considering that the major benefits of vitamin D come from maintaining an adequate vitamin D status (we believe around 75-100nmol/L) rather than a genuine ergogenic effect from obtaining supra-physiological concentrations. It is therefore crucial that athletes are screened and 'at-risk' athletes are identified and treated appropriately.

From an athletic perspective, there appear to be 3 main benefits of maintaining vitamin D concentrations  greater than 75nmol/L.

The evidence regarding muscle function is equivocal, with some studies demonstrating improved athletic performance following supplementation,5 while other research has reported no benefits of supplementation.6

The most recent meta-analysis on this topic tends to suggest that in terms of muscle function it is only severe vitamin D deficiencies (for example <20nmol/L) that affect muscle function, with no evidence suggesting that supra-physiological blood concentrations offer any performance advantages.

Although such low concentrations are unusual in athletes, work from our laboratory has certainly identified athletes who would fall into this category.

Evidence on muscle function may be equivocal, but there is emerging evidence to suggest that vitamin D concentration >75 nmol/L may be required for optimal muscle repair following injury,7 with more recent research suggesting that in animal models overexpressing the vitamin D receptor induced skeletal muscle hypertrophy.8 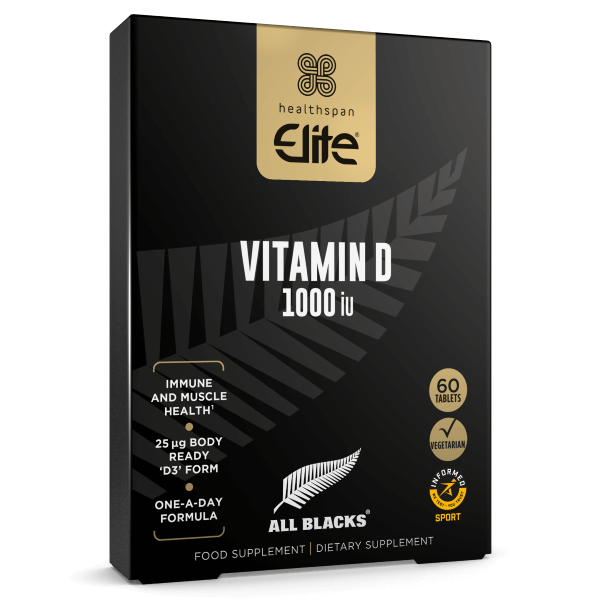 The sunshine vitamin: an essential nutrient that supports your immune health and normal muscles and bones

Although this relationship between vitamin D and bone health has been well established in the general population, the relationship in athletes is less clear10, 11 with some suggestions that the osteogenic stimulus of weight-bearing activities associated with athletic training somewhat compensates for lower vitamin D concentrations.

Regardless of this, we would suggest that for bone health, athletes should ensure that their vitamin D concentration is >50nmol/L, especially in athletes whose training involves significant periods of non-weight bearing activities (i.e. swimmers) and athletes who are prone to bone problems, such as those involved in weight-making sports and at risk of low energy availability and conditions such as Relative Energy Deficiency in Sport.12

Athletes have a greater risk of illness than the general public, with research showing that athletes miss a substantial amount of time from training and competition due to illness, especially upper respiratory tract illnesses.13 It is therefore crucial that athletes have a properly functioning immune system. One way to maximize this is through maintaining adequate vitamin D status.

Research has shown that for every 10nmol/L increase in 25[OH]D there was an associated 7% reduction in infection risk.14

Moreover, studies in athletic population conducted from Loughborough University have shown that athletes with >75nmol/L during winter training not only had fewer reports of illness but, when they did get ill, their symptoms were less severe and cleared faster.15

Given that athletes are most likely to be vitamin D-deficient in the winter months, a time when they are also most susceptible to illness, it is crucial that athletes attempt to maintain vitamin D concentration >75nmol/L throughout the year.

Although most sport nutritionists agree that, where possible, a food-first approach should be implemented, it must be acknowledged that when it comes to vitamin D it is very difficult to achieve sufficient status for athletes during the winter months from food and sunlight alone.

There are two natural forms of vitamin D, these being vitamin D2 and D3. In terms of supplementation vitamin D3 has been reported to be more effective than Vitamin D2 and should therefore be the supplement of choice. Although some researchers advocate megadoses of vitamin D, it must be noted that EFSA and the US National Academy of Medicine have set the safe upper limit as 4,000iU (100mcg) per day.

As work from our lab has shown that doses in the region of 2,000-4,000iU (50-100mcg) per day are more than adequate to correct vitamin D deficiencies, it seems sensible to suggest a daily dose of 2,000-4,000iU should be considered during the winter months, with athletes tested frequently aiming at a target concentration of 75nmol/L.

Professor Graeme Close PhD is a former professional rugby league player who also holds a PhD in Sports and Exercise Nutrition from Liverpool John Moore University. He is a nutrition consultant for elite rugby teams and the British Ski and Snowboard association.